Life potentials How powerful is the human mind?

A group of Asian women were given similar math tests on two separate occasions. The first time around, they were primed to think about the fact that they were women, stereotypically worse at math than men. The second time around, they were told to focus on their identity as Asians, generally thought to be math whizzes compared to other ethnic groups. The result: The women performed far better in the second situation than they did in the first. 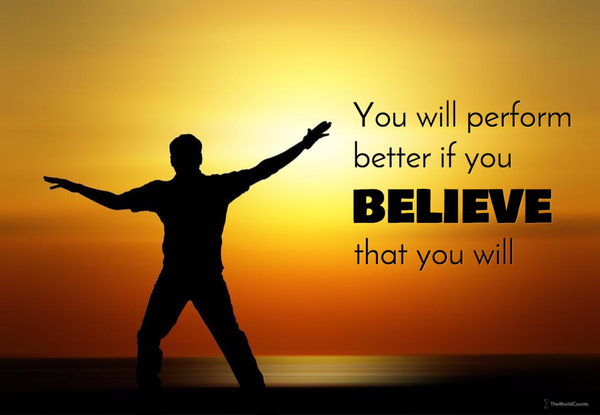 How powerful is the human mind?

The fact that you believe more in own your ability in a certain area is proven to increase your performance. Clearly, the women in the quote above didn’t change their math competences simply by thinking about the fact that there are Asians. Nevertheless, their performance improved significantly simply by focusing on this fact prior to the test.

This is an effect known as priming - a psychological concept that implies that our exposure to a certain stimulus influences our response to another stimulus.

Here are some examples of the priming effect.

The effect of being conscious of race

Studies have shown that the fact of being conscious of race affect the performance of for example students. Race itself has no effect.

In one study African American students performed worse than white students ONLY when they were asked to fill out a form before the test disclosing their race.

Another study wanted to test if the election of Barack Obama as president had any effect on the performance of black students. So the researcher gave one group of blacks a test before the elections and another group of blacks the test immediately after. The performance of the second group had improved significantly. The conclusion is that the confidence it gave the students of having a black person elected president dramatically improved test scores.

Simple forms of priming our mind

The effect of priming can also be illustrated by simple examples. Research has shown that people are faster to recognize a word if the word they are shown just before is associated to it. For example:

Read more examples of priming and other fascinating facts about how our mind works in the book “yobet体育官网” by Harvard graduate Shawn Achor.

Read more examples of priming and other fascinating facts about how our mind works in the book “yobet体育官网” by Harvard graduate Shawn Achor.